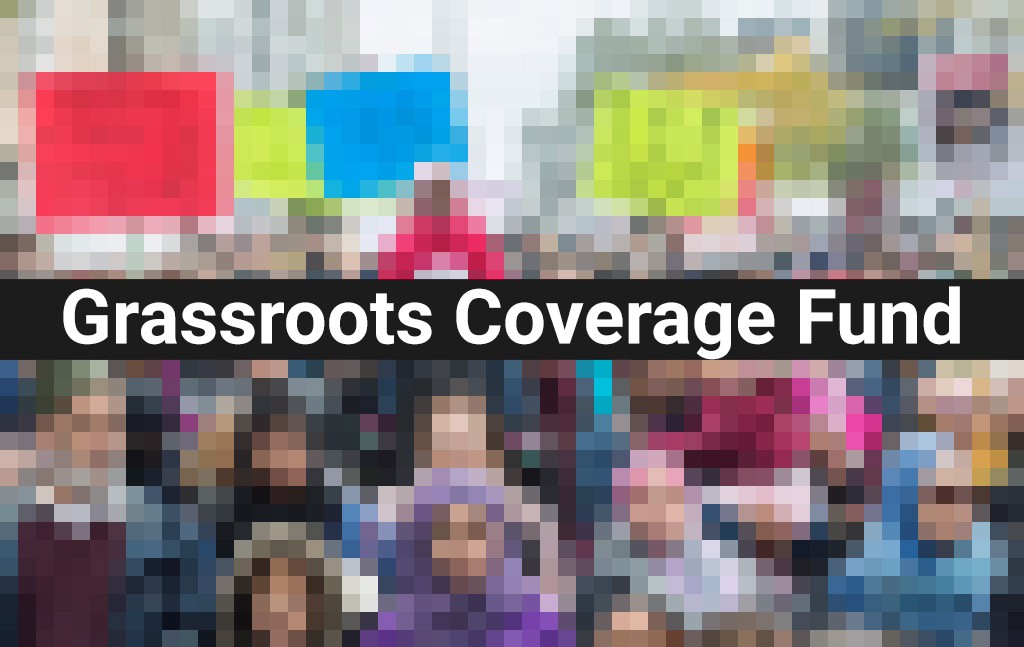 The CUTV Grassroots Coverage Fund provides funding to video and other coverage of underreported issues, social movements, and topics important to communities underserved by the corporate media (in keeping with our mandate adopted in 2013).

There are two kinds of applications to this fund:

Rapid response coverage – we can allocate up to $200 for events, press conferences, actions, demonstrations that are happening on a short timeline. The deliverables for rapid response coverage are typically either a short, lightly-edited video of a few minutes (e.g.  few shots of a demonstration and a clip of one of the organizers explaining) OR unedited footage or live broadcast of a significant event.

Project funding – video projects involving teams of two or more people, with requests of up to $1500, will be considered by a Grassroots Coverage Fund committee that meets once a month. Request can include honoraria for production and creative work.

Projects with the following criteria will be prioritized (you can still apply if you don’t meet some of them):

The following apply to all projects that receive funding:

To apply for funding from the Fill out the following form. If you are applying for $150 or less, very short answers or “not applicable” are acceptable for many of the questions. However, successful funding requests over $400 will have thorough answers to each question.

Apply to the Grassroots Coverage Fund!